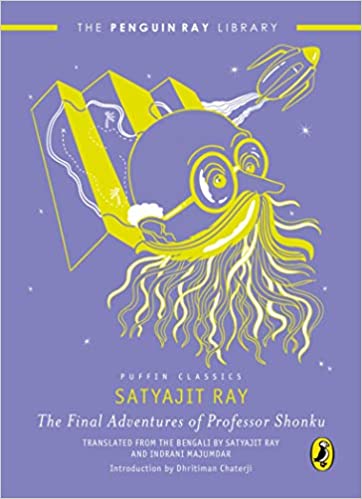 Bengali Renaissance had contributed significantly to the literary works and the cultural resurgence in India between the nineteenth and twentieth century. Even before the movements like ‘Prakalpana’ and the Little Magazine Movement gained momentum in twentieth-century Bengal, the movement to produce literature for children had already set its place. The famous littérateur of Bengal Sunil Gangopadhyay credits the Tagore family for propagating the genres of songs, drama, and literature for adults, and the Ray family for holding the fort for children’s literature in Bengali.

Sandesh, a children’s magazine in Bengali, was first published in 1913, by Upendrakishore Ray and taken forward by Sukumar and Subinoy Ray. After shutting down its production twice, the revival of Sandesh happened through the editorship of Satyajit Ray, in 1961. Various lasting characters by Ray like Bankubabur Bandhu, Feluda the Sleuth, and Professor Shonku came alive and blossomed through Sandesh. On the 99th birth anniversary of Bharat Ratna Satyajit Ray, Puffin Books present the final compilation of Professor Shonku’s adventures, which first set off as a freshly translated series in 2004. This final volume is translated mainly by Indrani Majumdar, except the first story which was translated by Satyajit Ray himself. The introduction of the book is written by Dhritiman Chatterji, who played the character of Shonku on the silver screen version of ‘Professor Shanku O El Dorado’, 2019, directed by Sandip Ray.