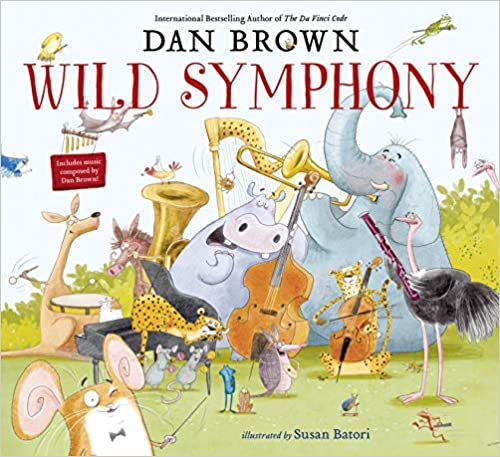 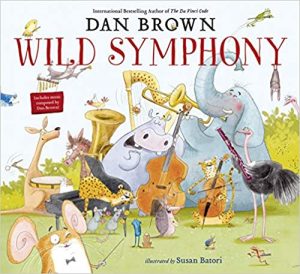 Rarely has a book lifted one’s spirits so completely (especially in these bleak times) as did Dan Brown’s recently published children’s picture book Wild Symphony. After reading the book, I wanted to happily announce, like the narratorial voice in the ‘Bouncing Kangaroo’ section of the book, ‘I want to be a kanga-too!’

Who would have thought that the bestselling author of The Da Vinci Code, Angels and Demons and Inferno, Dan Brown, would be offering his readers such a delightful treat as a children’s picture book! And the surprise doesn’t end there, as the book announces on its very first page, ‘It is not a normal book.’ Wild Symphony, containing short poems with absolutely fantastic illustrations by Susan Batori, is also accompanied by a classical music album (which can be listened to via a smartphone app which can be downloaded simply by capturing the QR code on the first page of the book), composed by Dan Brown himself (the Zagreb Festival Orchestra has recorded the musical tracks), most of which were originally released in an audio cassette called Synthanimals way back in 1989. The book claims to be meant for kids between the age of 3 to 7, though honestly speaking, the verses, the illustrations, the codes and the morals embedded therein, as also the accompanying music can have appeal not just for children but for adults too, probably more so. Really, who would have known (at least I didn’t) that the creator of the bestselling Robert Langdon novels has been all along a fantastic musician and composer too!