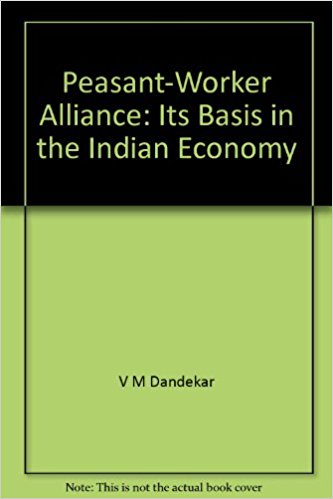 The booklet under review comprises the fifth R.C. Dutt Lectures delivered by Professor V.M. Dandekar in Calcutta at the Centre for Studies in Social Sciences. Professor Dande¬kar is well known, among other things, for his study on poverty in India and can be said to be one of the foremost proponents of the ‘poverty’ approach to an understanding of Indian social reality, as against the class approach. The booklet seeks to provide a theoretical basis for this ap¬proach. The first lecture deals with the controversies over the sources of capital accumulation (and of markets, let it be said, in the case of Rosa Luxembourg) in which the chief actors were Rosa Luxembourg, N. Bukharin and Preobrazhensky. To those familiar with Joan Robinson’s introduction to Rosa Luxembourg’s The Accu¬mulation of Capital, Paul-Squeezy’s critique in Theory of Capitalist Development and Ashok Mitra’s Terms of Exchange and Accumulation: The Soviet Debate, there is nothing very new in the author’s presentation. But it is done with lucidity and brevity.