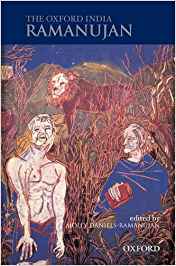 A.K.Ramanujan, the poet, was discovered by Oxford University Press. Jon Stallworthy, a considerable poet himself, who edited the now-defunct Oxford Poets Series for the London office, responded to the typescript of this unknown poet with enthusiasm. “Ramanujan is already a good poet,” he wrote, “and potentially a very good one” and praised his “fastidious accuracy”. The Striders went on to win the Poetry Book Society Recommendation in the UK. But OUP’s handling of the book in India was so ham-fisted that it was only when Penguin published his Speaking of Siva, translations from mediaeval Kannada, that Ramanujan began to attract attention. Later with The Interior Landscape and Poems of Love and War, translations from ancient Tamil, he opened up a body of extraordinarily rich poetry whose existence was unknown to the world outside until then. Inevitably, although he is one of our major poets in English, it is as a translator that he has gained worldwide reputation. But the poet is present in the translations, investing them with an elegance academic translations rarely possess.