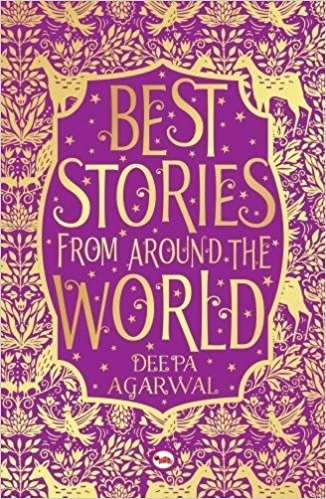 The back cover of Best Stories describes the book as a ‘collection of timeless pieces from the world’s greatest storytellers—Oscar Wilde, O’ Henry, Saki, H.G. Wells, Conan Doyle, Washington Irving and many more.’ In this modern-day world of multi-novel fiction and fantasy such as A Song of Ice and Fire (or The Game of Thrones to those of the more visual persuasion) and Harry Potter, the literary merits of the short story sometimes get overlooked. It is always easier to mentally engage with a vast story, where a fleshed-out universe is created by the author. The reader in turn can commit to a fairly complex relationship, often involving multiple characters who will see growth and change. Even the standalone full-length novel tends to have the space and time for a reader to invest in the plot and characters, and see them mature. The short story is different. It can convey significant complexity, often having elaborate philosophical or moral points to make, or being open to a multitude of interpretations. But the investment in reading the story itself is minimal. The short story might have a cast of relatively unidimensional characters, or very few characters with limited backgrounds being provided. Like Japanese Muromachi period art, the short story conveys a deep and intense picture but keeps its brushstrokes minimal and quick.

As a form of entertainment and education, the short story thus perhaps doesn’t receive its due. While Best Stories hasn’t set out to rectify this, it could nonetheless end up playing a role. This anthology would appeal to a wide audience. At its most basic, it could appeal to both adolescents and adults. Deepa Aggarwal’s selection is impeccable. While many of the stories are old classics, some quite old, there’s a timelessness to them which should appeal to individuals regardless of the vast distance in time between author and reader.

For a younger reader, this book and its stories can play a significant role as an introduction to classic literature. Conan Doyle’s story, for instance, could quite easily spark a larger interest in the entire Sherlock Holmes’ series, and in detective/mystery novels in general. The anthology manages to cover a large number of literary genres, ranging across themes of mystery, suspense/horror, drama, comedy, dark fantasy, morality (in at least one case bordering on C.S. Lewis-esque Christian moralism) and political commentary. It is arguably missing something from the realm of science-fiction and adventure, such as Isaac Asimov or Jules Verne, but these are minor quibbles. For the parent or the teacher, it could be a valuable companion to the short story and poetic literature children cover in schools as part of the English Language courses.

Having said that, I should be quick to add that the collection should not be defined or limited by its ability to function as a gateway for younger audiences. The wideness of the genres covered in the anthology can certainly be enjoyed by adults. There’s a good chance at least some of the stories will have the reader reaching for their computer or phone to google discussions, interpretations, meanings or commentary on the story they just read. It’s what I ended up doing with several. There’s also a fair chance of some of them triggering nostalgia. A few of these stories (Irving’s Rip Van Winkle for instance) have featured in middle school English Literature texts. Reading them triggered memories of the March days when the next academic year’s supply of books was acquired. Frantically would the packaging come off so that one could go through the English or Social Sciences books (the Mathematics and Science books remained unopened till the beginning of term, or even later).

In conclusion, Best Stories from Around the World is a recommended buy. Its appeal is multi-spectrum, something individuals of a wide age group can enjoy. It is also available as an e-book, so one need not commit to storing a physical copy. If you’re the type who enjoys revisiting stories after a long gap, then this is the sort of book that you would enjoy keeping.

T.C.A. Achintya is an M.Phil. Research Scholar at the Department of History, University of Delhi, Delhi.