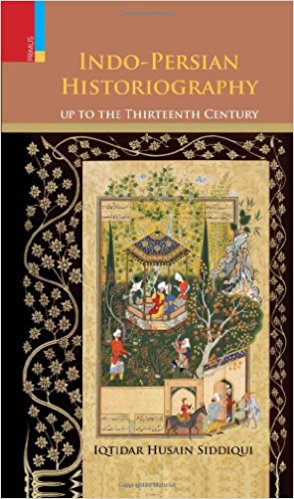 Mainstream historiography of Medieval India has hardly explored the early period of the Delhi Sultanate. As the author states in the Preface, the modern historians of Medieval India, with the exception of Peter Hardy, have utilized the compiled histories of the Medieval Period primarily as sources of information but not for understanding these as important contributions to history writing. He emphasizes that the Indo-Persian historians of the thirteenth century were pioneers of a new genre and style of history writing and preservation of their works is indicative of their intrinsic value. I.H. Siddiqui’s investigation of six writers who wrote the history of Ghaurian conquest in north India, foundation of Muslim rule in India, histories of neighbouring countries such as Iran and Central Asia, among other writings, and ‘set on a sound footing the tradition of historiography in the Sultanate of Delhi’ (p. vii), is a significant attempt to open up this largely unexplored terrain.

Structurally, the book is divided into eight chapters, all of which provide fresh information. Chapter one which deals with ‘Arab Historiography and its Impact on Persian Writers’ gives an extensive description of Arab history writing tradition. The author writes that while the Quran contains detailed description of the rise and fall of civilizations and events and factors of change, it must be recognized that rigorous efforts were made to collect oral traditions which were then incorporated in the collection of Hadith only after critical analysis and scrutiny. In this process the main criterion was to verify the authenticity of a tradition on the basis of the chain of narrators, the teachings of the Quran, the life of the Prophet, and the Arabic spoken and written at that time. The process of the collection of Hadith was purely religious but this was an effort to write objective history.