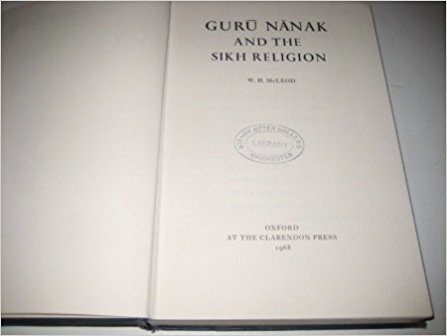 As a little child my mother told me the story of the founding of Panja Saheb: Guru Nanak once came into wilderness with his disciple. It was hot. The disci­ple thirsted for water. But water was nowhere except on top of a hill where a dervish lived. The dervish would not give water to the follower of an unbelie­ver. He turned back the disciple once, twice, thrice. At this the Guru asked the disciple to pick up a rock and a spring burst forth from under it. The well of the dervish went dry. Furious, the dervish hurled a boulder to crush the Guru and his disciple. The disciple was panicky. But the Guru said, ‘Praise be to the Al­mighty, the Formless One!’ and stopped the boulder with the palm of his hand.

I was enjoying the tale but when it came to the Guru holding back the boulder with his hand, it gave me a rude shock. It was not possible. ‘How could a man hold back a boulder with the palm of his hand?’ I asked.