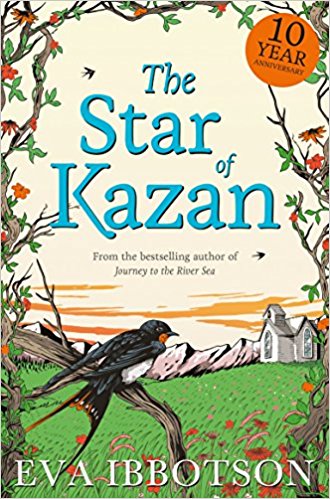 The Star of Kazan won the Nestlé Children’s Book Prize Silver Award and was shortlisted for the Carnegie Medal. Iva Ibbotson’s tribute to the place where she was born—Vienna, makes the first part of the book magical. We are taken through the streets of Vienna, introduced to its people and watch the emperor’s Lipizzaner horses perform. We lose ourselves in Annika’s world of friends, cooking and the professors, in whose house she lives with her mothers—the maid and the cook who found her in a church when she was a few days old.

Annika always harbours a dream though—that one day her birth mother would turn up and she would be royalty. When ‘Van’ does turn up and claim to be Annika’s mother, she is overjoyed. Annika is whisked away and the book shifts to the cold world of North Germany, to an estate in ruins.