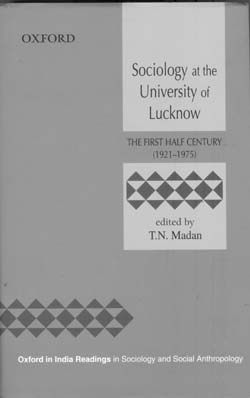 Sociology in India is not synonymous with sociology at Lucknow University. The latter however happens to be a significant bloc in the whole of the historical edifice. In an exciting neatness, and meatiness, this book offers a nuanced peek at the four legendary figures from the posterity of Lucknow University. Radhakamal Mukerjee, Dhurjati Prasad Mukerji, Dhirendra Nath Majumdar, and Awadh Kishor Sharan were the doyens accredited to have set the tone for ‘doing sociology’ in the Indian context. It also aids in understanding the intellectual lineage of T.N. Madan, his proximity and intellectual engagement with ‘the Lucknow Quartet’, and thus his own stature in this intellectual history.