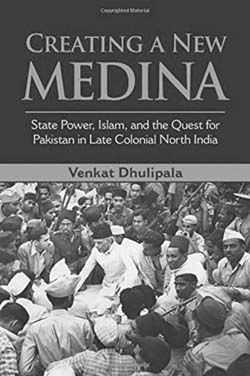 Venkat Dhulipala challenges what he takes to be a widespread assumption that Partition did not need to happen. It all happened so fast. Did Muslim voters who supported the League in the elections of 1945–46 really want a separate country? Did Jinnah? Dhulipala, basing his answer on a flood of English and Urdu publications in the wake of the Muslim League’s Lahore Resolution of March 1940, says ‘yes’. That Resolution had demanded ‘autonomous and sovereign’, ‘independent states’ in areas of Muslim majority ‘with such territorial re-adjustments as may be necessary.’