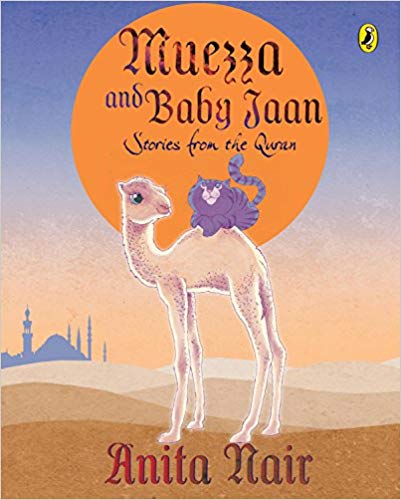 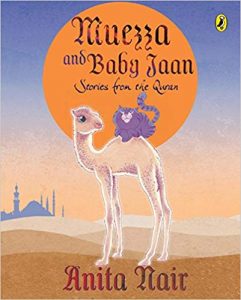 Anita Nair’s Muezza and Baby Jaan portrays the enchanting mythology of the Quran and attempts to reveal the more accurate interpretation of it, which differs from the present status quo. It consists of 28 stories and vivid artwork, which will appeal to children, steering out of her general domain of adult fiction which asserts her role as a contemporary and versatile writer.

The book does more than tell tales, It attempts to change the current perception with which people view Islam. During her work on Idris: Keeper of the Light, Anita Nair studied the Quran and tried to understand its lessons and associated fables. Around the same time, the Westgate Mall shooting took place in Nairobi in which terrorists segregated Muslims from non-Muslims by asking the name of Prophet’s mother. She told The Hindu that ‘People including children know the names of Ravana’s brothers or that Mary is the mother of Jesus but not who Prophet’s mother was.’ Her belief is that change in perception begins with educating the next generation.

One can notice the similarities in the narration techniques used in the book and The Arabian Nights, wherein, Muezza, a cat relates these tales to a Djinn, Baby Jaan, while waiting to be reunited with his owner, Sharir, while lost in the desert. Nair treats the stories as a medium for the djinn, who seems to have no understanding of God or the world that he lives in, a way to grow and develop. Muezza is unenthusiastic about helping him at first, but sympathizes with the babyish djinn. Outside the telling of tales, their setting creates opportunities and threats that force them to cooperate. Despite their differences, by the end, they succeed in becoming close friends who are reluctant to separate. Their experience in the short duration for which they were together matures and develops their persona over the course of the book.

The average reader can distinguish the similarities between the Old Testament of the Bible and the Quran. In regard to the world’s origins, subtle differences such as names of the characters are identifiable. Noah and his Ark becomes the story of Nu and his Ark. Likewise, the creation of Adam and Eve from paradise is the sculpting of Adam and Hawwa.

Nair’s creation is one of friendship, love, and tolerance. While the book’s tales serve to impart a very explicit lesson, the book and its allegorical representations are a parable for depicting the need for compassion.

Yatin Gour is in Class 10 at The Doon School, Dehradun. He is an avid follower of football and enjoys learning about various aspects of the world from literature to science.