Tracking Meanings And Nuances Of Modernity 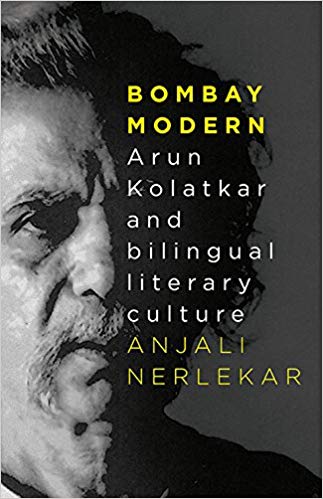 Anjali Nerlekar’s study of Arun  Kolatkar’s poetry in English and in English translation is a rich and multilayered evocation of the work of a poet and an artist, and of his association with bilingual literary culture in a cosmopolitan city like Bombay. It attempts to track the meaning and nuances of modernity in post-Independence India as articulated through literary expression and publishing initiatives seen in this period. Suggesting that while poets in English and Marathi have always been aware of the global and regional contexts of their writing, critical scholarship on these poets has not kept pace with the ‘multilingual reaches’ of their poetry, Nerlekar’s project in this study is to examine the precise way in which the poetry negotiates the regional, the national and the international to create a local that is tangible, yet transient. Even as the primary focus is on Kolatkar, Nerlekar explores different figures and movements connected with the poetry of the post 1960s in the Marathi speaking region, connoted in Marathi literary discussions by the term ‘sathottari’.

The sathottari period indicates a certain rebellious worldview emanating from the tumult at home: agitation for the creation of linguistic States and the Ambedkar movement, and abroad: the Vietnam war and civil rights movement in the US amongst many other markers of the age. It also marks the birth of the little magazines that emerged in Marathi and English in this period. Nerlekar makes it clear that sathottari is used in a slightly modified manner in Bombay Modern: if it means a radical spurt of experimentation and the avant garde that, oddly enough, cohabits with a nativist spirit in Marathi writing, Nerlekar expands it in her work to connote a broader network of experimentation and resistance emerging from the literature in Bombay but connected to similar ongoing movements beyond Bombay within India and abroad.

This study on Kolatkar is embedded within an analysis of the dense network of associations amongst sathottari poets, who write in either Marathi or English, or who are felicitously bilingual like the subject of the book; they also double up as publishers and printers. The first part of the book which is an overview of the sathottari period is divided into three chapters organizing the wealth of detailed research under three heads. The first chapter focuses on the emergence of the little magazines during the period which created a new space for literary writing. In the process of documenting the rapid efflorescence and equally quick dissipation of the little magazines in an exhaustive manner, Nerlekar asks significant questions about the multilingual and material modernisms that these magazines encoded in their mission of presenting the interrelation between the local and global in Indian literature.  Examining the many little magazines that were born during this period, the author concludes that while this movement had great force it lasted a very short time, perhaps because it did not have a singular focus or an overt political direction.