Societal And Economic Realities Of Caste 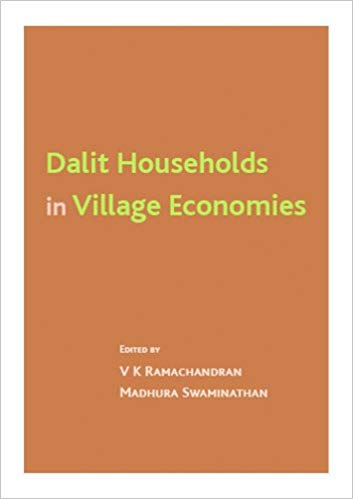 The caste system in India has always been an instrument of exploitation and social discrimination for appropriating surpluses in the process of production and exchange. Though the policy makers in India proudly claim it as (one of) the biggest functioning democracies in the world and had declared untouchability as illegal immediately after Independence, yet, the caste system, which is essentially anti-democratic and violates human rights, continues to hold sway in India, particularly in the rural areas, where oppression has been sharpest. However, studies based on primary data at the village level have been relatively scarce.1 The book under review, in this context, plugs an important gap in the existing literature.

According to Ramachandran and Swaminathan (2002) the agrarian question incorporates three inter-related issues.2 First, it deals with the nature, extent and degree of capitalist development in the rural areas; the second aspect deals with the emergence of classes with the development of capitalist production relations and the third component is concerned with class struggle, alliances that must be mobilized for the resolution of the agrarian question. Strikingly, caste does not figure explicitly in any of the components of the agrarian question in India the resolution of which requires identifying and understanding the nature and type of exploitation and discrimination, that is not only economic but has a strong social component as well. According to Ambedkar (1936), if liberty means the destruction of the dominion which one man holds over another, then obviously it cannot be insisted upon that economic reform must be the one kind of reform worthy of pursuit. If the source of power and dominion is, at any given time or in any given society, social and religious, then social reform and religious reform must be accepted as the necessary sort of reform.