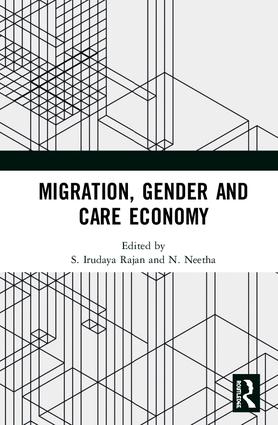 Migration, Gender and Care Economy focuses on the intersections of women’s role and their experiences in migration along with the care economy. Historically we know that women in general have been part of the care economy as unpaid carers and low paid nurses and domestic workers for a very long time. This book brings together case studies from across India and internationally to highlight how migration plays a role in this. It emphasizes the ways in which gender impacts women’s safety and their earning powers in the economy.

The first paper looks at the overview of feminization of migration and the literature that exists within this space. There is enough research now to prove that women are migrating for work and this shifts the economic and social situation in the country and outside. The book is an important contribution to capturing the experiences both of women who are migrating as well as those who are left behind.

A significant portion of the book explores the demand care work has on women and the cultural aspects that are involved in this. It looks at the gender-based violence in the process of migration. It highlights how some women who migrate can shift the burden of domestic care work to socially and economically marginalized women in society. This tells us clearly that even when women migrate from their spaces, the gendered division or distribution of labour remains the same—only another woman has taken on the role.