The Political Poetry of Sarojini Naidu 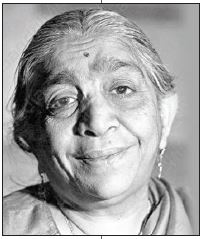 Now that we have celebrated the 73rd Independence Day, let us remember that 2019 is also the 140th birth anniversary year of Sarojini Naidu. Amidst the political turmoil and clampdown in Kashmir, there is a need to revisit our political legacies and the right to dissent. Naidu’s political poetry invites us to reconsider if the personal is synonymous with the political. Her poetry, written from within the nationalist arena for our fight for freedom, significantly shaped her persona. She was the first Indian woman to become the President of the Indian National Congress and the first woman to become the Governor of an Indian State. Naidu’s poetry is usually described as lyrical, personal, mellifluous and sentimental. However, her deployment of poetry in her speeches and her political poetry provide a more complicated picture. As a feminist and a nationalist, Naidu’s poetry guided her role as a public intellectual. As is evident from her most anthologized poems, such as ‘Coromandel Fishers’ or ‘Palanquin Bearers’, Naidu’s canonical poems are similar in tone and tenor. The reception of her poetry continues to revolve around her lyrical aesthetics and the female body in writing.

Instead of discrediting one for the other, it is more useful to look at her political poetry as we rethink Naidu’s legacy today. While critics have often noted her cosmopolitan stance, equal attention has not been paid to the local aspects of that cosmopolitanism. Without this deep rootedness in the quotidian, Naidu’s poetry would appear naïvely vacuous and romantic. As we see from her poems on Hyderabad, it is the rich colours and flavours of the locale that intimate her nationalism. In the section entitled ‘In the Bazaars of Hyderabad’ from ‘Songs of My City’, she echoes the vibrant rhythms of the bazaar:

What do you weave, O ye flower-girls

With tassels of azure and red?

Crowns for the brow of a bridegroom,

Chaplets to garland his bed,

To perfume the sleep of the dead.

Naidu’s successful political persona drew on precisely such a configuration that was cosmopolitan with a finger on the pulse of the provincial. In fact, it can be argued that Naidu’s politics enacted a rhetoric that is poetic in its inspiration, in its commitment to nonviolence and civil disobedience. In 1930 she played a major role in the Civil Disobedience Movement led by Mahatma Gandhi. She also participated in the Salt March as part of the Direct Action campaign of tax resistance and non-violent protest against British Salt monopoly.