Is Identity the Axis of Human Politics? 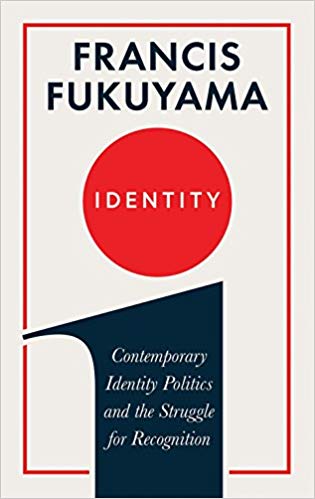 Francis Fukuyama needs no intro- -duction. He shot into prominence with the publication of his widely read book, The End of History and the Last Man in 1992. In brief, Fukuyama had put forth the thesis that with the collapse of Communism ideological wars have come to an end and the future belonged to liberal democracy, which—in a Hegelian sense—was the culmination of all human associations, and indeed, its very pinnacle. Fukuyama’s contention was problematic and in a short period it became widely apparent that liberal democracy faced severe challenges from within.

Francis Fukuyama’s latest book, Identity: Contemporary Identity Politics and the Struggle for Recognition published in 2018 is, in some senses, an admission that liberal democracy is becoming increasingly inadequate to meet the most important challenge it faces in the post-ideological world, namely the challenge of identity politics. Fukuyama says that he does not deny that some of his ideas need revision in the altered international terrain which has seen many upheavals since the death of Communism. This process of revising his intellectual landscape had already begun earlier with the publication of his two volumes on political order and decay a few years ago.

Fukuyama, however, doggedly refuses to accept that the basic argument posited in the The End of History and the Last Man has been refuted by subsequent events. In the preface of his new book, Fukuyama says that he was misunderstood by his critics who missed the import of how he used the terms history and end. He also says that the two major factors endangering liberal democracy—nationalism and religion—were never discounted by him as spent forces. Fukuyama argues that he never meant to imply that the triumph of liberal democracy was conclusive. To prove his point, Fukuyama asks his baiters to pay attention to the question mark in the title of his original essay, ‘The End of History?’, written in 1989, which he later elaborated into the above-mentioned book. It is somewhat amusing to see Fukuyama tenaciously hanging on to the question mark, as if by a whisker, to drive home his point.