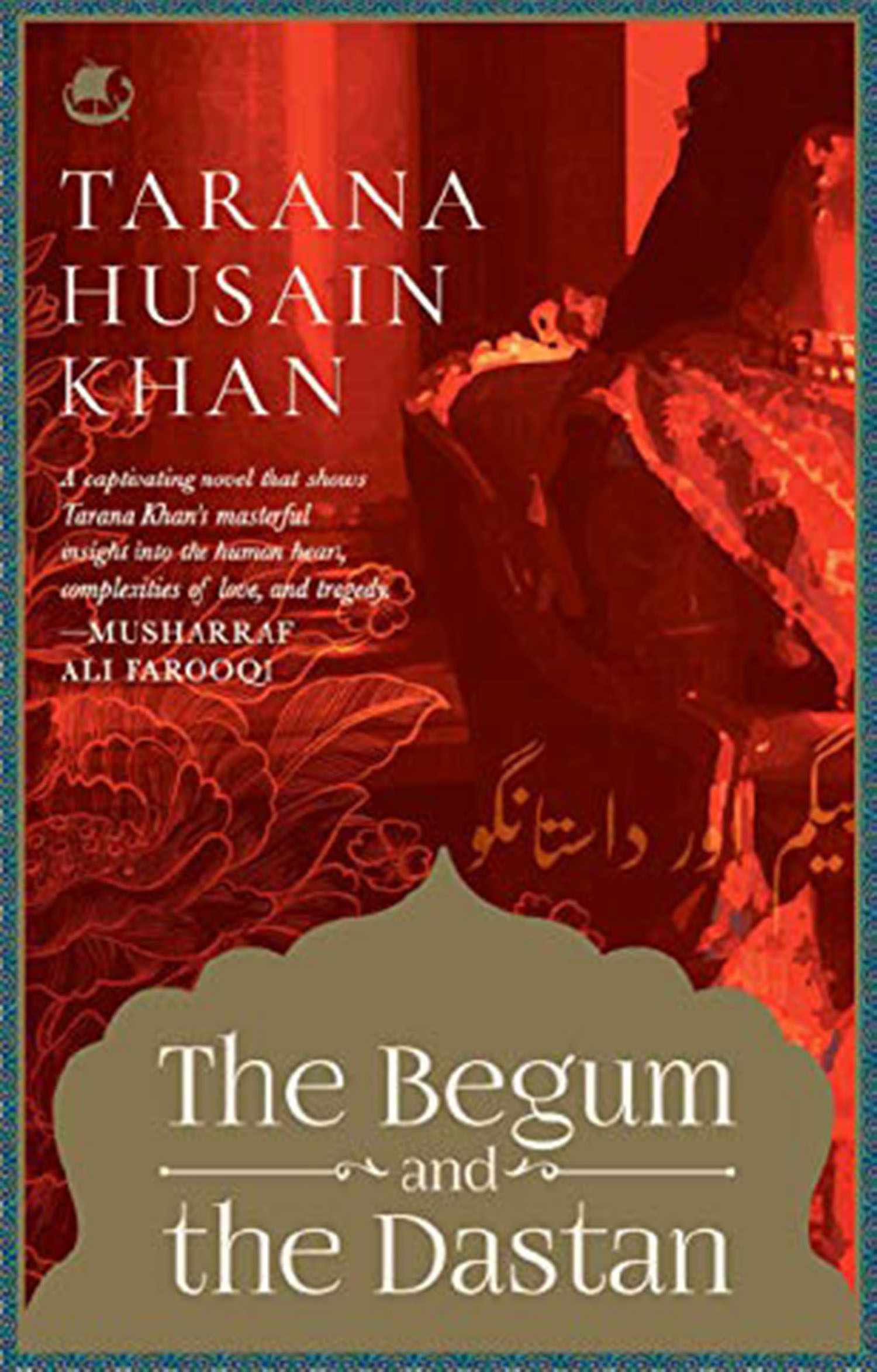 Urdu Dastan refers to an extant mode of storytelling where popular fantasies, literary tropes and a hint of history is melded to produce utterly entertaining and absorbing stories. Often about legendary characters, the charm of the dastan rests on its flamboyance, verbal excesses and a fine entanglement of the ordinary and the extraordinary, of the mundane and the marvellous.

Tarana Husain Khan, in this thoroughly readable and vastly riveting novel, tells us a nineteenth century Dastan through the aperture of a twenty-first century family lore, where a quintessential tale-telling, full-of-stories ‘Dadi’ narrates the story of her aristocratic grandmother to her granddaughter, Ameera. Ameera’s life forms a gossamer-thin frame-story woven with textures of the ordinary and the banal, through which we are propelled into an extraordinary, suspense-thrill-filled life of Feroza Begum, one of the many wives of Nawab Shams Khan of Sherpur circa 1897.

Ameera is a young girl, trapped in the confines of  her house due to a series of woes, such as feuding parents, decay of family wealth, partiality of parents towards her brother, non-payment of school fee, issues of finance crunch, an imaginary boyfriend and so on. Though diaphanous in its detailing and impact, this frame story is significant for it provides us with a vantage point to compare the oppressive life of the nineteenth-century harem with modern homes. Sensing Ameera’s restlessness, the grandmother narrates Feroza Begum’s tale as a dars or ‘cautionary tale’ to warn her about the consequences of recklessness in women.

The narrative tour de force, however, is the hauntingly beautiful, gripping, grim and heartbreaking narrative of Feroza Begum.  The beautiful blue-eyed daughter of Miya Jan Khan, a wealthy Rohilla Pathan, Feroza Begum is a fiercely independent, recklessly fearless, willful young girl who defies norms and questions time-honoured social structures. Unlike Ameera of the frame story, her father loves to indulge her. She is happily married to Murtaza and expecting her first child when the story begins. Feroza’s wilfulness is conveyed to the readers through her sartorial choices that defy norms of sharifzadi, as she insists on wearing a Chudidar and a transparent kurta, usually worn by courtesans, instead of a gharara adorned by the women of ashraf families. She further defies her family and the wishes of her father, when she decides to attend the sawani celebrations at Nawab Shams Ali Khan’s Benazir Palace. The Nawab being a known Aiyyash, she seals her own fate by her actions.

Predictably, Feroza is kidnapped and detained in the Nawab’s crowded harem, which houses his many Nikah wives, his Mutah wives and the many concubines who are holed up in their tiny hovels under despicable conditions. Under the duress of the Nawab, her husband is forced to divorce her, and her family to disown her. Not left with many choices, Feroza is compelled to marry the Nawab, and to come to terms with the glamour and the squalor of the harem. Slowly, she comes to enjoy her privileged position in the harem, and to retain it she indulges in artifices in her sexual encounters with the Nawab, in which she secretly rejoices, and resists when it is taken away from her. Through the Nawab, the novel attempts a commentary on the despotic rulers who, on account of their support to the British during the 1857 Revolt (in lieu of which the British remained silent spectators to their excesses) had become untamed autocrats given to debauchery.

Khan, who is also a cultural historian, and has written essays about the culinary history of the Princely State of Rampur, is at her creative best when she lunges into the complex web of the Nawab’s harem at Benazir Palace and the murkiness that cloaks the lives of women trapped in the zenana. The relationship among the wives, their dreams and desires, the tortures they are subjected to when they rebel (such as being subjected to  the life of Kawwa Hakni or a scarecrow), the role of servants, the luxury and the destitution of women, are all etched out in graphic prose, leaving a powerful impression on the minds of the readers. That the apparent pomp and glamour of Princely courts with their aura of ceaseless festivities, could dissemble so much of brutality, comes as a shock to the sensibilities of modern readers.

If the frame story of Ameera lends Feroza Begum’s story an anchorage to the present reality, there is yet another narrative frame through which Feroza Begum’s story is harnessed to an allegorical frame. Through Kallan Mirza, a seasoned dastango, we are taken outside the precincts of the zenana, and the courtly life of Benazir Manzil, to the city chowk, where humble folks gather to listen to him spin a powerfully evocative tale of a despotic sorcerer, Tarek Jaan, and his grand illusory city, the Tilism-e-Azam. Kallan, an opium addict, uses elements from the Tilism-e-Hoshruba to pull his audience into the vortex of his fantastical tale where the boundaries of fantasy and reality are blurred. With women locked up in dark basements, Tareek Jaan and his city epitomize the tyrannical rule of Nawab Shams Ali Khan, his moral turpitude and his oppressed city. Kallan’s tale becomes a commentary on his own contemporary society.

The author, in her interviews, has termed the novel a historical fiction. This authorial intent is further impressed by the foregrounding of chronology and location in the novel. Having said this, it is one of the salient features of the Dastan that historical characters gain what Hamid Dabashi has called ‘fictive and phantasmagoric dimensions’. By the same token, though the novel may have strong historical elements, its appeal lies neither so much in the historical insights we glean from it, nor in reading it as a tale of feminist resistance. Such provocations neither add to nor diminish the appeal of the novel.

Flamboyance and extravagance are two key stylistic features of the Dastan genre of narratives. Wary of the sensibilities of modern Anglophone readers, Tarana Husain Khan has dispensed with the extravagance. She has also desisted from the ideological frame of Dastan’s enchanted world, where there is a clear line of demarcation between ‘virtue’ and ‘vice’ underlying the enchantment and sorcery-driven narrative patterns. But she has retained the rhythmic, mellifluous and near hypnotic quality of prose. Khan’s smooth grafting of the flamboyance of Urdu Dastan to the Anglophone narrative lends Feroza Begum’s tale a compelling power. It is an exquisitely rendered, splendid story which you can read at leisure. The book, indeed, is an unputdownable page-turner.

Nishat Zaidi is Professor at the Department of English, Jamia Millia Islamia. Her publications include her monograph Makers of Literature: Agha Shahid Ali (Sahitya Akademi), Day and Dastan (translation of Intizar Husain’s novellas). Her forthcoming book is Karbala: A Historical Play by Premchand (OUP).