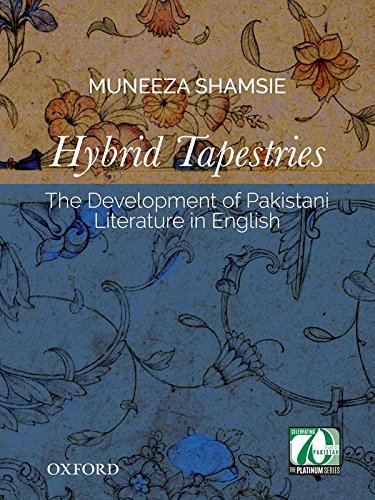 This is a great book, even a magnificent one, that chronicles the story (I’m not using the term ‘history’ deliberately because history of literature has now become a sophisticated genre by itself, generating a plethora of theoretically informed materials around it that deal with different aspects of the genre, addressing the primary question of how much of ‘history’ and how much of ‘literature’ will make the correct combination) of the development of Pakistani writing in English. Shamsie draws on her earlier works such as A Dragonfly in the Sun: An Anthology of Pakistani Writing in English (1997), Leaving Home: Towards a New Millennium: A Collection of English Prose by Pakistani Writers (2001) and her articles in Dawn and Newsline from where she quotes frequently, as also the work in the field done earlier by Tariq Rahman and Alamgir Hashmi who have also been quoted frequently, particularly the former, to build this master narrative of Pakistani English writing from its early beginnings and even antecedents up to the first decade of the twenty-first century.

In the span of 676 A4 size pages an extraordinary amount of information has been processed and analysed which will certainly make it an essential reference book for years to come.

Although the subtitle of the book is ‘the development of Pakistani Writing in English’ (without hyphen), I wonder why the author then chose to characterize the stream of writing as ‘Pakistani-English writing’ with the hyphen firmly placed between the territory and the language. It takes time for a nomenclature to get settled, but after Tariq Rahman’s A History of Pakistani Literature in English 1990 and Alamgir Hashmi’s essays on the subject, one would have thought that it has got pretty settled. The author has not explained, and she may have a strong argument for all we know, why she felt the need for a hyphenated term. Pakistani Writing in English sounds to me more capacious and unproblematic than any other. If one has to be more specific one can also say, ‘Pakistani Literature in English’. We know how the same stream of writing in India got settled to ‘Indian Writing in English’ or IWE after meandering through ‘Anglo-Indian’, ‘Indo-English’, ‘Indo Anglian’ etc. Conceptual clarity in nomenclature helps to think through phenomenon with thoroughness and avoid confusion.