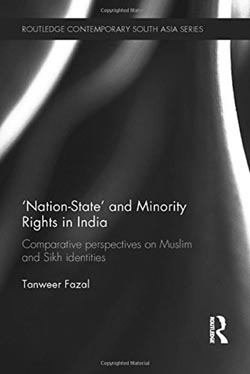 With numerous incidents of what the RSS offshoot, the Dharm Jagran Samanvay Samiti calls ‘ghar wapsi’, (250 Muslim families being reconverted to Hinduism in Agra in November, 2014, and 40 Mazhabi Sikh families who had embraced Christianity being reconverted to Sikhism in Amritsar in December 2014), Tanweer Fazal’s book is certainly a topical contribution to the continuing debate, or if you like, confrontation, over the religious rights of minorities in India.