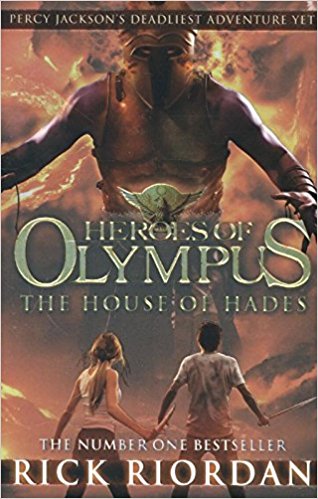 In a world where the Greek gods are real, the legends about them must be real as well. And what were the Greek gods best known for? Two things: defeating the Titans, and coming down to Earth to have demigod children. Rick Riordan’s Heroes of Olympus series sees an old favourite hero—Percy Jackson, the demigod son of Poseidon—team up with some friends, some enemies, and some complete strangers to defeat a colossal threat to his way of life. Oh, and he’s the hero of prophecy too, a prophecy that spells doom for the world if he doesn’t stand up and join the fight. No biggie, right? Nothing the son of one of the Big Three—Zeus, Hades and Poseidon—can’t handle, right? Wrong!

The prophecy says that Percy has to team up with six other demigods if he is to succeed in preventing the resurrection of Gaea, the Earth Titan who will destroy the world as they know it. And, boy, does he need help! But the thing is, several of these demigods are children of the Roman gods—and as such are enemies of the Greek demigods. So, you have a son of Poseidon, daughter of Athena, son of Hephaestus, and daughter of Aphrodite team up with a son of Jupiter, son of Mars, and daughter of Pluto. A highly potent team, but an explosive one as well.

The House of Hades is the name of the fourth book in the series as well as the location of most of the action. The previous book ends at a tantalizing cliff-hanger, leaving you itching to get your hands on the next book. So, when The House of Hades came out, your only desire was to grab it and devour it page-by-page in a single sitting.