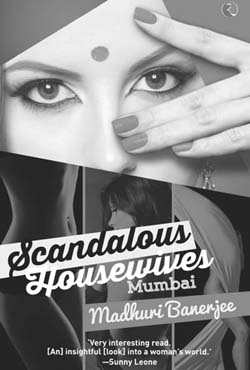 Banerjee, a bestselling author, came out with her first book in the year 2011. The Mumbai based author has also doubled up as a screenplay writer for Bollywood, having written the script for Hate Story 2, and for another yet-to-released film. Writing sequels and series seem to be her forte. While her 2012 release Mistakes Like Love and Sex was the sequel to her debut book Losing My Virginity and Other Dumb Ideas, this year’s Scandalous Housewives Mumbai is the first in a three book series, the other two to be set in Delhi and Kolkata. Banerjee has also written with Bollywood actor, Karishma Kapoor, a book titled My Yummy Mummy Guide.