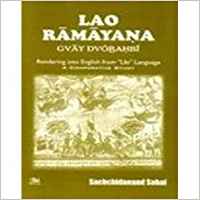 In the last three decades when we have replaced the political-colonial order, our rhythms seek a new formamentis. While the liberated countries are undergoing far ­reaching changes of modernization, they reveal at agility and potential to develop creatively through multilinear processes in which tradition can be a component. To open up the riches of tradition from which new forms and values may emerge, the Department of Culture of the Ministry of Education of the Government of Indonesia convened the first International Ramayana Festival and Seminar in 1971.

Mr. Mohmmad Noer, Governor of East Java, felt honoured that the Festival was being held in East Java ‘to promote closer cooperation, harmony and peace, to create a favourable atmosphere for mutual understanding and friendship’? .

Since this conference, studies on the Ramayana have been attracting scientists all over the world. Dr. Sachchidanand Sahai has taken up the long inaccessible Ramayana in Laos. Laotian Ramayana has remained unknown because of the ling­uistic barrier and we are grateful to Dr. Sahai for opening up a new avenue in the transmission of the Ramayana. In this book, Dr. Sahai has edited the Gvay Dvorahbi, a short popular version of the Ramayana, with English translation and a critical introduction dealing with the manuscript material, geographical setting of the story, and its relation to Indian and non-Indian versions.[ih`c-hide-content ihc_mb_type=”block” ihc_mb_who=”unreg” ihc_mb_template=”1″ ]

It is interesting that for the Laotians this legend was an integral part of their history and social conditions. The king­dom of Kasi was situated in the northern part of Laos, and the mountain of Khao Khuai ‘Horn of the Buffalo’, near Vienti­ane was believed to be named after the buffalo Dvorahbi. This buffalo corres­ponds to Dundubhi in the Ramayana of Valmiki in which it is a minor episode. But in Laos it assumed new proportions so that the saga of Rama himself came to be named Gvay Dvorahbi. The Ramayana in Laos has undergone a socio-cultural metamorphosis and as a living epic is bound to reflect its temporal and spatial contexts in the continuing processes of acculturation.

The 33 plates of the mural paintings at Vat Oup-Moung enhance the value of the book. They provide visual elucidation of the local elements in the text, for instance architectural components, besides correla­ting literature and painting. Young scholars can pursue this fascinating adventure of probing the vicissitudes of the great epic which has become the lyric of the men of Asia from Indonesia to Siberia, whose folk versions preserved in the Golstunsky and other manuscripts at Ulanude and Leningrad await a new Dr. Sahai.