Ranga Rao’s first novel Fowl-Filcher is a Chaucerian repast. Farce, accident, vio­lence, sex, pathos—all find place in this rapid-fire narrative. Shot after shot changes the scene, but keeps the tempo, in the manner of the famous author of The Canterbury Tales.

La Martiniere has been a distinguished name in Indian education for more than a century; and yet few know what lies behind that name. Chandan Mitra attempts to chronicle the history of La Martiniere in a book that began as a souvenir of its Sesquicentennial and evolved into a full-fledged history.

Pupul Jaykar’s Jiddu Krishnamoorthy is a book of great warmth and perception about a man of penetrating insight into the nature of life and the reality that subsumes it. It is a book that requires reading several times over for it contains not only the broad events in this curious man’s life but also the resonance of his life in the spiritual life of those who, as Pupul Jayakar did, knew him personally and at close quarters.

Bernard S. Cohn
AN ANTHROPOLOGIST AMONG THE HISTORIANS AND OTHER ESSAYS
1988

At last it is possible to read Bernard Cohn without having to hunt for his articles in obscure journals scattered in various libraries. Here are twenty-three of his essays, written over the period from 1955 to 1983, thus including all but his most recent writings. What a boon for Indian students, who do not have access to the sophisticated biblio¬graphical aids to be found in American libraries and in the British Library System.

A.K. Coomaraswamy’s writings are some thing of a challenge to any reader and more so to a reviewer, who does not combine in himself/herself, the abilities of an art historian with those of a metaphysician and philosopher. This is specially so in the case of the present volume edited by Roger Lipsey, bringing together essays, which do not deal with specific works of art, but with the philo¬sophy of traditional art and symbolism.

The use of child labour has been one of the more unpalatable features in the history of the currently developed coun¬tries. In periods of capital scarcity, children were used to provide unskilled labour. It is only towards the end of the nineteenth century that, the liberal con¬sciousness realized the social and econo¬mic consequences of child labour. The use of child labour, while profitable for the individual firm, does represent serious economic costs to society as a whole. 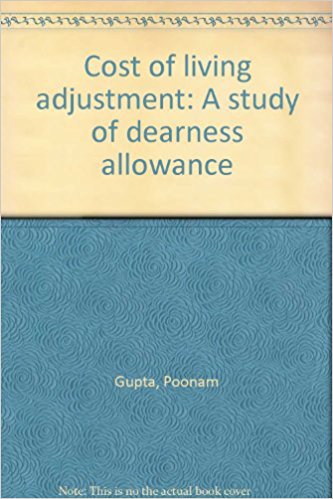 One of the major achievements of the organized working class in the market economies of the world, where wages are settled between employers and employees through collective bargaining, is its right to obtain compensation in wages from time to time by an agreed rate of dearness allowance for a given rise in cost of living.

To very few would a person like L.K. Jha require any introduction. Having joined the Indian Civil Service in 1936, he held top economic posts in the Government of India. Apart from being the Secretary to two Prime Ministers, he held posts of Governor of the Reserve Bank of India, Ambassador to U.S.A., Governor of the International Monetary Fund and Governor of Jammu & Kashmir.

Reviewed by: B. J. HEERJI

Edward Duyker
TRIBAL GUERRILLAS: THE SANT-HALS OF WEST BENGAL AND THE NAXAL1TE MOVEMENT
1988

The author Edward Duyker was attached to Griffith University at Brisbane and to the University of Sydney. Presently he is a full time writer. The book deals with one of the most politically turbulent periods of recent Indian history with particular reference to West Bengal.

The Non-Aligned summit in New Delhi in 1983 gave an impetus for several intellectual enterprises in India. Some have proved to be durable, like Namedia, a centre for the study of the mass media in the non-aligned countries, and others have turned out to be transient, like a quarterly magazine entitled. The Non-Aligned World, which was launched under the editorship of Professor M. S. Rajan, a good scholar with sound intellectual commitments. 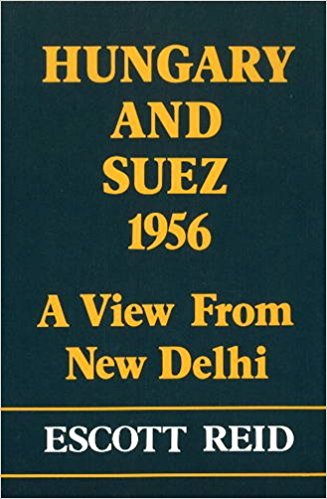 Escott Reid was high commissioner of Canada in India from 1952 to 1957. These were the years when, with Conservative governments in Britain and Dulles making policy in Washington, Nehru found a more sympathetic hearing in Ottawa and formed a cordial personal relationship with St. Leurent, the Canadian prime minister.

Like its forerunners, the fifth volume in the second series of Jawaharlal Nehru’s, selected works makes delightful reading. If, in some ways, it is even more absorb¬ing than some of the preceding volumes, the reason is that it deals with a period closer to our times which also happened to be a crucial, indeed climactic, one. During it the nation suffered the trauma of Mahatma Gandhi’s assassination at the hands of a Hindu fanatic, the Kashmir war dragged on, relations with Pakistan hovered on the brink and myriad pro¬blems of national integration and econo¬mic development cried out for attention.