The Plus and Minus of Building a Dam 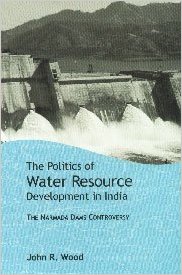 Profusely footnoted, elaborately indexed and extensively researched, this volume is a valuable contribution to the on-going debate on the merits and demerits of high dams to meet India’s growing needs for irrigation, hydropower and drinking water. It is specifically concerned with their politics, since the author is a political scientist teaching Comparative Politics, South Asian Government and Politics and Non-Western Politics. He has lately been focusing his attention on the politics of inter-water disputes and water management. He adopts three vantage points: a comparative perspective to situate the Narmada dams amongst other such projects; a multi-level perspective to appreciate the compulsions of interest groups at the national, regional and local levels; and a realpolitik perspective to depict the desperate need for a scarce resource like water, the deep passions and the ruthless opportunism it invokes, the consequent corruption at all levels, et al.

As happens with most developmental projects there are gainers and losers when high dams get built. Downstream beneficiaries can irrigate their fields to plant cash crops, towns and villages gain access to drinking water, the regional economy improves and so on. The downside is that the upstream population gets displaced by the reservoir created, leading to acute problems of resettlement and rehabilitation, which are posited as human rights issues by NGOs representing them. Whether the benefits to the many should take precedence over the losses to a few is a debatable issue.