Metaphors of Masculinity and Power 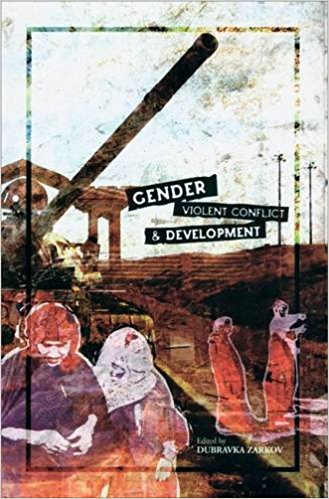 Discussing the geopolitics of empire John Bellamy Foster says the inherent instability of empire under capitalism points to potentially more dangerous wars. He adds that the only hope in the face of this evolution to barbarism with fearsome weapons of mass destruction, is a new world peace movement that focuses not only on particular instances of imperialism and war but also on an entire world economic system that feeds on militarism and imperialism. The goal of peace should involve the creation of a world of substantive equality in which global exploitation and the geopolitics of empire are no longer the principal objects. There has been in the recent past much theorizing on the intersections between violent conflict and development. The link between poverty and the erosion of natural resources, issues of sustainable development, the link between the ecology and survival, how state collapse and bad governance directly lead to the growth of violent conflict are all constantly discussed The link between a globalized economy and violent conflict is now fairly clear.

It is not as if the eruption of violent conflict and wars obstruct the course of development but on the contrary are the direct consequence of development practice and policy. Having recognized acknowledged that it is necessary to see what happened to the category of gender? How does gender fit into this framework? Women are of course peace makers. Women are victims of conflict. Women suffer untold violence during war. So more income generating packages and survival measures get designed for women. More micro finance. More self help. More of the same and a bit more thrown in gender and disaster management. And the contradictory fact that women are entering armed conflict in large numbers. That there is women’s agency in violent conflict as well. That men are raped and sexually abused and vulnerable so some well entrenched theories go out of the window.

Increasingly the attention of NGOs and women’ groups been turned towards conflict resolution and peace building measures. But conflict has always been perceived as interrupting development. The separation for instance both conceptually and ideologically of development aid from humanitarian aid reflect the separation in our perception of peace from war. Several contributors in the volume have however pointed out that a continuum of uneasy peace is marked by sporadic or cyclic eruptions of violent conflict or wars. Wars which spring from and sustain economic interests both global and national. While gender is seen ritualistically as a crosscutting issue the interconnections between gender, conflict and violent development have not been rigorously addressed. What has been missing so far is a gender perspective on development and violent conflict.