Life in a Lambadi Settlement 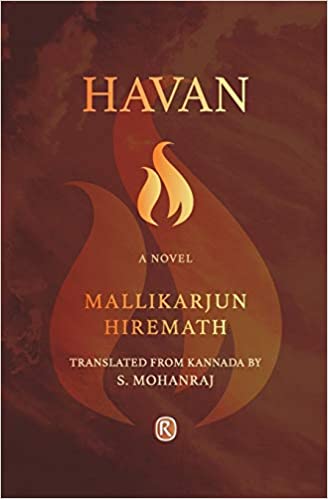 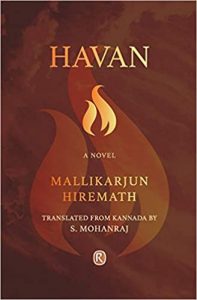 Havan, the English translation of the novel by Mallikarjun Hiremath, is a well-told story. Mostly linear, the novel does veer off this track occasionally, to recall stories of ancestors, or perhaps to narrate a lore. In the Author’s Note, Hiremath speaks of his attraction to the Lambada tribe from his childhood, also of his wanderings in and around the settlement. A large part of the novel therefore, is about life in the Lambani settlement in the village of Havan, and the journey of their leader Somalya Nayak.

In his path-breaking work, Practical Criticism (1929) IA Richards recognizes that a reader ‘brings to the text a vast array of ideas amassed through life’s experiences.’ A text therefore, draws from its reader a range of analytical stances, and according to ‘reader-response’ criticism, there is an active interaction between the text and the reader. Based on the uniqueness of the reader, each person may read the same text differently, in fact, the same text may produce different meanings for the same reader on two different occasions. The aesthetic mode of reading draws our attention to language, style, tone and details, with which we create meanings of the text. As opposed to this is the mode where one reads the factual details and information embedded in the text.

Critics have often held the view that Havan is a novel about the Lambada tribe, its culture, lifestyle and practices, the region they occupy, their history and other sociological-anthropological details. This is not untrue, but to look at a work of fiction as a text with material or data on a particular community is to take a skeletal view of it. Havan indeed is a consortium of songs, dances, customs, rituals, gods and goddesses of the Lambanis. It is also the story of the old order meeting modern India, in which it calls for a closer examination of the binaries of insider-outsider, and indigenous-alien. Are they separate phenomena triggering modernity, or are they part of the same? Was the old completely rid of the new?

The ‘pre-modern’ in Havan has a social order governed by God (Mariamma and Sevalal), and tradition that is seen as sacred. It is a set of beliefs and practices that is handed over from one generation to the other (Manya to Somalya). The social positions in these societies also remain fixed, a slave remains a slave, and the rich landlord remains who he is—this can be examined in the relationship between the villages of Havana and Kallur. There were diverse forms of governance, but it was mostly personal. Somalya, with a team of senior members of the society, sorts out most disputes in the settlement. Social change sets in when the youth of the settlement have different life visions. They assert themselves, at times boldly, and at others discreetly, but steadily move away from the old order. While the coming of modernity announces changes and transformation in societies, it is also about every individual choosing for himself, proclaiming his own law and parameters. The reader can see it happening in the characters of Hari, Limbya, Zimri and Loku. They do not want to conform to the rules and dogmas as set by their ancestors, but display a radical urge to break free from it. Modernity then is hardly a force that is external, societies change when ruptures come from within.