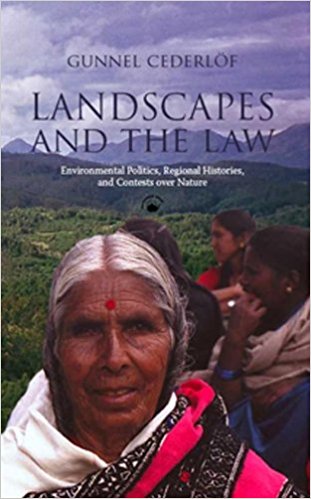 For those who read ‘The Toda Tiger- Debates on Custom, Utility and Rights in Nature, South India 1820- 1843’ by Gunnel Cederlof in the 2005 publication called Ecological Nationalisms, this new book offers a more detailed and valuable narration of the establishment of colonial rule in the Nilgiri hills by a complex and simultaneous process of law making related to land rights and settlement of land claims. Set at the core of the book is the loss of the sacred landscapes of the Toda community and the memory of this loss experienced by them even today as they seek to find evidence of their historical, cultural and social attachment to their land and past life in legal texts and documents. Around this, Cederlof weaves layers of complex articulations of the visions held by the Todas, the various levels of the British administration and European settlers and other migrants of the Nilgiri landscape. Another complex feat that she embarks upon in the book is to analyse the junction between history, law, land and people.

It is indeed an interdisciplinary study of a space that is, by nature, interconnecting- the past and the future, the ruler and the ruled, the people and their environment. The chapters and sections in the book seamlessly move in and out of each other as if reflecting this connectedness.

The narration of the story hinges on the period when 2000 acres of Toda lands were ‘bought’ by John Sullivan in 1822, until the establishment of the regulation granting grazing rights to the Todas called “Rights of the Todawars and Rules for grants of rights on the Neilgherries’.in 1843. During this period significant changes take place in the landscape and lives of this pastoralist community. The purchase by Sullivan sparked off a two decade long debate that dwelled upon the nature of Toda ownership of land, the ways of redefining that ownership so that it would not hamper the visions that the East India Company had for itself.