From Nina to Naina 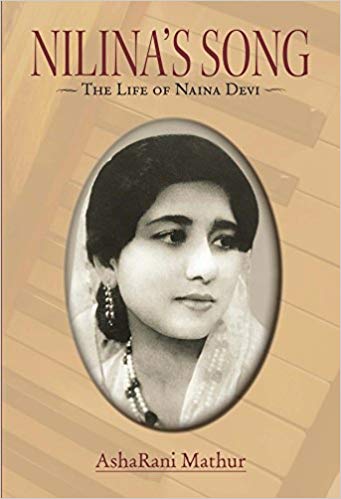 There are two underlying narratives in this short but fine biography. One is the story of a set of remarkable women–patrons, musicians, enthusiasts who set the tone to cultural life in dusty Delhi after Independence. Upper class, confident, accomplished, generous, an amalgam of grace and nationalism—Sumitra Charat Ram, Nirmala Joshi, Nina Ripjit Singh (Naina Devi) and later Dipali Nag and Sheila Dhar were names to reckon with. Naina Devi, Dipali Nag, Sheila Dhar were vocalists who had also learnt from Ustads and embraced the cultural attributes and idiosyncrasies of North Indian courtly culture—Urdu poetry, Mughlai food, tawaaif, ghazal, qawwali, thumri and khyal—the patronage of these had hitherto been a male preserve. The second was the dynamics of social history where courtesan-singers gradually faded away and middle-class women vocalists took their place as teachers, institution builders and performers. This was by no means an easy transition yet the new women replacing the old were sympathetic and not dismissive of the social and cultural mores of traditional performers and often became their greatest source of support.

Naina Devi (1917-1993) is a remarkable figure in her own right. Unlike the patriarchal establishment in early Independent India which shunned and socially ostracized courtesan-vocalists and kept them away from government largesse and the AIR, Naina Devi single-handedly sought their protection as artists and cultural figures. Long after aficionados and the public had abandoned these musicians she looked after them devotedly ensuring that they led dignified lives. Her work as the Director of the Bharatiya Kala Kendra and in Raag Rang, a music circle she started (the logo was designed by MF Husain) ensured that the precious repertoire of these courtesans was preserved. She herself learnt from them and in turn taught her disciples. Vidya Rao’s poignant memoir of Naina Devi, Heart to Heart (HarperCollins, 2011) is a testimony to her generosity as a teacher and her catholic spirit.

This biography brings a new dimension to Naina Devi—her privileged status did not ensure a sheltered life. The grand-daughter of the famous Bengali reformer Keshab Chandra Sen she was married off early into minor royalty. Her precocious talent for music—she had learnt from the great Girija Shankar Chakrabarty in Calcutta as a young girl, had to be suppressed in the conservative household. The sudden death of her husband was devastating but what was a double blow was the prejudice that she had to face as a young widow. Her move to Delhi in the 1950s to head Bharatiya Kala Kendra with the help of women friends enabled her to start anew and dig into those resources which were her very own i.e. music. Although she had brought out an early disc as Naina Devi it was really this new public persona that added resonance to the name that quietly overtook Rani Nina Ripjit Singh. Over the years her presence in cultural committees, her intellectual commitment to the cause of Hindustani music and her role as a teacher, broadcaster, archivist and vocalist won her wide respect and was gratefully acknowledged by the music fraternity. Her example must have been an inspiration to others. Years later distinguished vocalists Shanno Khurana and Rita Ganguly organized all-women and exclusive courtesan music festivals honouring and presenting a range of performers.