Colonial Capitalism and the Natural World 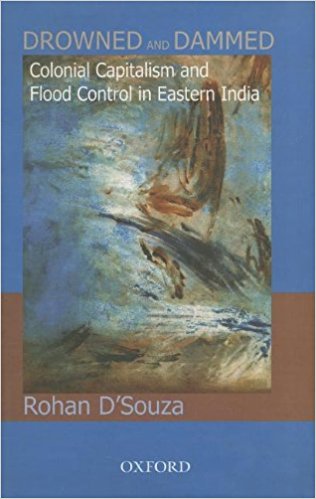 Drowned And Damned is a difficult book to review. Though empirically strong, analysed and discussed well, it is written rather densely. The book studies colonial capitalism and its relationship with the natural world in the context of Orissa Delta for the period 1803-1947. As a result of British initiative to control floods, Orissa Delta was transformed from being a flood-dependent agrarian regime into a flood-vulnerable landscape. It was through torturous hydraulic interventions and a desire to dominate the region’s rivers, that British colonialism had caused as D’Souza says ecological rupture in the delta. The author argues that the debates and discussions on water in British India do not sufficiently establish colonialism as a social form especially with respect to ecological change. There is no doubt that colonial practices like enhancement of revenue, commercialization, commodification and the expansion of agrarian frontier were significant but to understand colonial dynamism as a social form, D’Souza observes that it needs to be studied at two conceptual levels – ecological change and colonial watershed thesis.