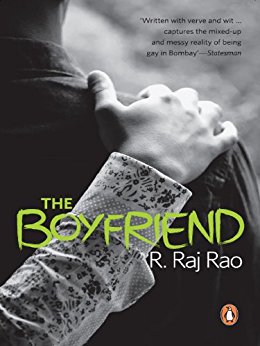 The portrayal of same—sex relationships in 20th century Indian literature has been characterized, most frequently, by ambiguity or by an incipient homophobia. Critical responses to Ismat Chugtai’s Lihaaf and Ugra’s collection of short stories Chocolate, in the past, indicate the extent of cultural resis­tance to the acceptance of a reality which was generally relegated to a subterranean level of consciousness or represented as being perverse and unnatural. However, gay, bisexual and transgender communities in India are no longer invisible. They are emerging from the closet and asserting their rights to an individual, alternate sexual and literary space. The evolu­tion of gay print media in the past few decades, the existence of magazines like Bombay Dost and Pravartak and the works of writers such as Firdaus Kanga, point to an increasingly confident assertion of identity and readiness to acknowledge an alternate sexuality. R. Raj Rao’s short stories, plays and, most recently,; his novel The Boyfriend represent a significant contribution to the nascent genre of gay writing in India. The novel initially attracts attention because of its unusual thematic content and its portrayal of the thriving gay culture which exists on the fringes of life in a metropolis like Bombay.