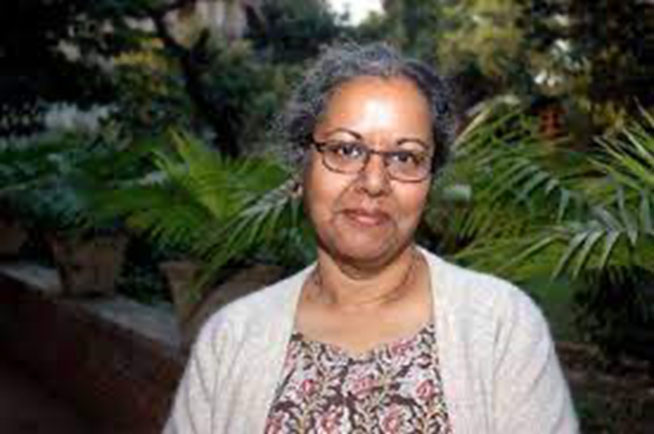 In the passing of Subhadra Sengupta, beloved writer of historical fiction and history for children, The Book Review has lost a friend who was ever willing to review for the journal.

In the last mail that Subhadra sent us, she wrote with the delight of a child, ‘I am reading Hilary Mantel’s new one that is the size of a bolster. You can take it to the beach and use it as a pillow. Happiness!’.

Our request to  Padma Baliga to guest-edit for The Book Review was accepted with alacrity. She wrote to the contributors, ‘I am happy to inform you that The Book Review Literary Trust has given me the privilege of guest-editing this year’s special issue on children’s books, slated to be published in November 2018. While it’s great to be working with over a hundred children’s books in the coming weeks and months, the thought of working with so many experts, veterans and fans of children’s literature is absolutely exiting.’ From then on she became a regular contributor.

We deeply regret that she too is no more. 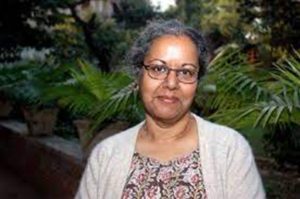 It would be a shame to describe the demise of Subhadra Sen Gupta, beloved children’s author, in regular worldly terms. She was a wizard, a magician. She was attacked by Dementors and eventually, the Death Eaters took her away in a terrible, dark battle being fought in the magical land called India. All of Hogwarts couldn’t save her. Yet, like Dumbledore, she will remain immortal and unforgotten. She leaves behind something akin to Dumbledore’s Army, in any person who has ever known her, or read her, or both. That’s my story, and I am sticking to it. There is no other way in which I can understand or reconcile to her untimely death.

My association with Subhadra Mashi (as she had insisted I call her) started, like many others of a certain vintage, by reading her stories in Target magazine. They were usually crime thrillers set in a historical context, often in Shahjahanabad or Mehrauli, but nearly anywhere where her imagination took her. I could be wrong, since a quick Google search did not yield any concrete information, but she probably wrote the scripts for a cartoon series that ran in Target  called ‘Tegrat—Super Sleuth’. She was a legend inside my kiddy brain, along with Geeta Dharmarajan, Mala Marwaha, Vatsala Kaul, Mukta Munjal, Meera Uberoi, Ajit Ninan, Neelabh and Jayanto, Tapas Guha, and Suddhasatwa Basu, and many others who built Target, along with the indefatigable Editor, Rosalind Wilson (to whom I wrote letters in a childish scrawl on ruled paper, addressing her as Aunty Rosalind, I wonder if she ever read them), and later, Amena Jayal.

Around 1991 or so, Target started running a Pen Pals page, a novelty in newly liberalized India, where one could send one’s details, and sit around in the hope of a letter from like-minded folks or write to such people. One day, I received a letter requesting my friendship. The writer had the most beautiful hand, wrote with an ink pen on clean, unruled sheets. She said she would like to be my friend just because we had the same name and she was very excited when she spotted my name. In the next line she wrote, there is one difference, you are 12 and I am 64. But if you do not mind, we can be friends. She then went on to tell me about herself. It was the most beautiful prose I had read, and there was no question of refusing such an offer. Over time, my favourite pen pal told me much about herself, and also drew me out with many questions and anecdotes. She told me that there was a village tradition in Bengal—when two women became friends, they gave each other the same nickname. She asked me how does ‘Meeta’ (meaning friend) sound to me. This did away with the difficult issue of how I should address her, given that she was my grandmother’s age. A few years went past like this, and one day, she proposed that if I ever visit Delhi, I should meet her. I may even be interested since her daughter wrote for Target,  and that her name was Subhadra Sen Gupta. After recovering from this stunning revelation, I felt like I had hit a double jackpot. Eventually, my parents arranged a visit, and I finally met my Meeta and her daughter. My favourite author asked me to call her Mashi (meaning Aunt), and gifted me one of her books, The Mystery of the House of Pigeons, which copy I have carefully preserved till date.

I had earned bragging rights due to Subhadra Mashi, and never failed to impress this upon anyone who may be remotely interested. However, Target soon shut shop, and I had moved on to reading other types of fiction. Soon, I lost touch with both of them. About a decade or so later, settled in a career in Delhi, I started thinking of Subhadra Mashi, knowing full well that my pen pal may no longer be alive. I found her email address, and wrote to her gingerly, pretty certain she would not remember. Except, she remembered vividly. We immediately exchanged phone numbers and had a long chat. It felt like speaking to a long lost friend, and she admonished me lovingly asking me to meet her, and also became my Facebook friend. Caught up in my job, I never met her, but we stayed in touch over social media. After starting out as a reviewer for The Book Review, I reviewed some of her books for the Annual Children’s Issue. The biggest kick was perhaps to see that I was writing in the same publication as her. It felt as if I had arrived.

Subhadra Mashi’s political, civic and social values were clear to anyone who had even a passing familiarity with her works. She was staunchly secular. However, her secularism never seemed contrived to cater to political correctness, expressed in a specific language fashionable now. It was the easy breezy secularism that Indians used to wear coolly on their sleeves once upon a time, and genuinely believed in. Her stories drew upon all cultures across the country. Her fiction was populated with characters drawn from multiple religions. The characters interacted with each other without any overt consciousness of their religiosity, and without any latent tensions or stereotyping. However, she took care to never dissolve or invisibilize the distinctive cultures and gave minority characters a place of equality. She went further and ensured that she broke stereotypes with her feminist renderings of both stories and characters. One of the most memorable characters is Aunt Razia from the Foxy Four  series—the fun aunt who is always up for crazy adventures with a bunch of teenagers. Her reimaginations of Mughal era princesses as teens trying to understand the world of political turmoil around them while coming of age are stellar. In her writing, she touched upon subjects of adolescent angst, from finding one’s voice, to challenging beauty standards, to the confusions that inevitably occur while trying to select a future career path, when teens and young adults are often torn between what they would like to do and what their parents would like then to do. She used humour and empathy to deal with these issues, and probably gave her young adult readers much comfort and solace.

All her writings were deeply political. Her books on the Indian Constitution were great works to gently and easily introduce young persons to the intricacies of India’s formal politics. The books fictionalizing the life and times of rulers of Ancient India deftly interspersed history, politics and adventure. However, she has been most underrated as a writer of crime thrillers for young adults. To reduce her many works of fiction merely as ‘adventure’ would do a disservice to a mind that laboured meticulously to create and solve crimes and mysteries. It is a genre that requires great attention to detail, and a knack for creating the correct atmosphere of suspense, and of course, solving intricate human puzzles. Well before English language crime fiction proliferated in the country, she was already writing these stories, doing pioneering work.

Last year, when the lockdown began in March, I dug up two old copies of Target Annual. I re-read both the issues, including her stories, one of which had never ceased firing my imagination, titled An Attar Adventure. It was a crime thriller based in the perfumeries of Kannauj. I took some pictures, uploaded them on Facebook, tagged her. She was pleasantly surprised to see that I had these publications and was still reading them, and affectionately started calling me ‘her Target baby’. On the morning of 4th May 2021, waking up to the shocking news, reading obituaries listing her variegated interests and eclectic publications, I opened my book case and pulled out my copies of Target, reading her stories again, as if they would somehow bring her back. Then I checked my email to see if there were any email exchanges. There was one. She had copied me in an email, attached to which was a Word File containing nearly 50 of her mother’s Bengali vegetarian recipes. I have read that it was a project in progress. I hope it is published soon. I will buy it, because it will be my strongest link to my Meeta and Mashi. Mashi, I believe, much like her ghost stories, has turned into a funny, loving Ghost Auntie, who will time travel into history in her afterlife, encourage young girls and boys to follow their hearts, and be with us long after this ghastly battle with the virus is over.