Making Of The Mahatma 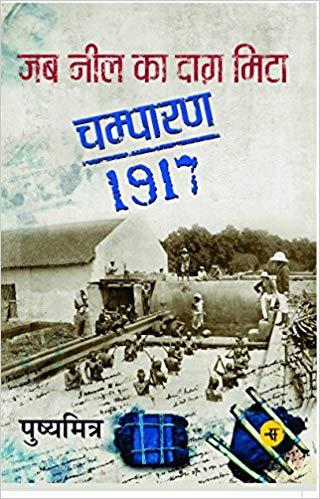 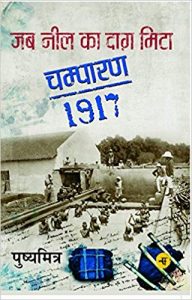 Jab Neel ka Daag Mita: Champaran 1917 recounts the processes and procedures whereby Gandhi became
a Mahatma for Indians. The Champaran Satyagraha was seminal to challenging an oppressive regime of British indigo planters and restoring the rights and dignity of peasants as cultivators and human beings.

In Pushyamitra’s words, this book recounts the dilchasp dastan (interesting wonder tale) of peasant protests against British indigo planters who forced the peasants to grow indigo in their fields. The term dastan is significant as it captures the narrative structure of the book. Pushyamitra relies heavily on already available historical documents and reports on Champaran like BB Mishra’s Selected Documents on Mahatma Gandhi’s Movement in Champaran, Rajendra Prasad’s Satyagrah in Champaran, Gandhi’s autobiography, My Experiments with Truth, Rajkumar Shukla’s diary on the incidents of 1917, Razi Ahmad’s edited volume, Mahatma Gandhi ki Swadesh Wapasi ke Sau Varsh, among others.  However, what sets his narrative apart from the extant reports and books on the said theme is his style which brings the history of Champaran out of the closet of history, infusing life in the events and incidents of 1917. It further analyses the varied accounts of fact and fiction, the role of Gandhi’s followers and other lesser-known people in history who invested their heart and soul in the Champaran movement and other movements preceding it. For instance, Sheikh Gulab, the protagonist of the Sathi movement (1907), Sheetal Rai, the hero of the Betiya movement (Parasa Kothi 1908), and editors/journalists of newspapers like Maheshwar Prasad (editor of Bihari) and Peer Mohammad Munis (reporter of Pratap), and peasant Rajkumar Shukla played a significant role in highlighting the oppressive terms of sharecropping like Tinkatthiya (peasants were forced to grow indigo covering at least three parts of a bheega of land), and mobilizing both the peasantry and public opinion against it. All this happened before Gandhi arrived in Champaran.

This puts Gandhi’s arrival in perspective. The readers also learn that Gandhi was not the first and only leader of the peasants. The peasants had the capacity to organize themselves against the British planters and adopt appropriate strategies to fight for their cause. For instance, if the Sathi and the Parsa kothi revolts of 1907 and 1908 were violent in nature, the presence of lawyers like Brij Kishor Prasad and motivated peasant leaders like Shukla in the Champaran movement (before Gandhi’s arrival on the scene) played a vital role in altering the method of peasant agitation. Pushyamitra writes, ‘Shukla learnt a lot from the success and failure of the 1908 movement. He prepared an alternative strategy to challenge the Britishers this time. It was his brainwave to take the Champaran matter to newspapers and courts. He would send written complaints to the government….Even as the years 1909-1917 were the worst in terms of peasant exploitation, the peasant movement did not take an overtly violent turn’ (p. 60).

The book begins by highlighting Rajkumar Shukla’s role in the Champaran movement. Shukla was accompanied by the well-known lawyer Brij Kishor Prasad to attend the Lucknow Session of the Congress on 27 December 1916. He spoke about the fact that British indigo planters had borrowed land on lease from the ruler of Ramnagar and Betiya. These British planters had assumed a lot of authority and power in the area, exploiting peasants in the process. The Congress leaders, occupied with the ‘dream’ of achieving independence did not want to waste their energies on this minor issue of the peasants. Pushyamitra writes, ‘The people who had congregated in the meeting were neither interested in going to Champaran nor even thinking about Champaran. A lot of other important things were happening …the tensions between the moderates and extremists were almost getting over after the death of Gopal Krishna Gokhale. Bal Gangadhar Tilak had once again joined Congress. Jinnah was trying to bring the Congress and Muslim League together…’ (p.13). To put it succinctly, the Congress was simply not interested in Champaran. Nevertheless, the Congress passed a resolution to support the said cause. Shukla, however, insisted on taking Gandhi to Champaran. The news of Gandhi’s successful experiments with Satyagraha in South Africa had reached Champaran as well. Thus Shukla thought Gandhi could be the best person to deal with this issue.

However, Gandhi came to Champaran in the capacity of an independent person, deciding that his research on and survey of the situation in Champaran should be conducted without the support of the Congress (p.113). He along with his team comprising Shukla, Rajendra Prasad, and Brij Kishor Prasad tirelessly interviewed peasants, to an extent of antagonizing the local administration. He was threatened with charges of sedition and forced to leave Champaran subsequently. Instead, Indian history was set to witness for the first time a live demonstration of Gandhi’s stratagems like satyagraha and civil disobedience. In many ways, Pushyamitra’s book recounts the strategies adopted by Gandhi, which made him a leader of the masses in the subsequent decades of history. Gandhi wrote letters to the local administration, met with British officers and frankly sought their assistance in conducting the survey in Champaran. He said he was doing nothing against the law by seeking assistance from the government. Further he would not leave Champaran as it was his moral responsibility to fight for the cause of peasants as the latter had sought his assistance in the matter, ‘I have disobeyed the government orders not because I disrespect the government. Instead, I consider following the laws of my conscience as more important than the laws of the government’ (Gandhi, as quoted in Pushyamitra: p.104).

I feel that along with the story of Champaran, Pushyamitra’s book re-alerts us to the categories of ethics, justice, and morality and their relevance, if any, to doing politics in contemporary India. The category of ethical politics makes us accountable towards the memory of social movements in the past (including Champaran) and their attendant cultural narratives. This could further equip us to engage with the social movements of today, especially in problematizing their dangerously banal approach towards narrow identity politics. We must acknowledge the open-endedness of identities located on the axis of redistributive justice, and this book nudges us in the said direction.

Nevertheless, the book has certain limitations. Since Pushyamitra mainly relies on documented history, the biases embedded in the source material inevitably find their way into his book. For instance, Rajendra Prasad’s recounting of the Champaran movement is obviously coloured with the charisma Gandhi had acquired in his later years, especially pertaining to the exaggerated accounts around his power/glory and apparent magical powers that were an offshoot of his mahatmahood. Shahid Amin has brilliantly engaged with the making of Gandhi as mahatma in his work Gandhi as Mahatma: Gorakhpur District, Eastern U.P.-1921-2. Pushyamitra’s borrowings from Prasad’s book and other sources do not problematize this anachronistic usage of mahatmahood. Pushyamitra’s book is seemingly not alert to the procedures deployed by the Congress workers on the ground, and otherwise, to systematically create and tap into the charisma of Gandhi as a sage.

There are a few other blinders in the book. There is no reference to and engagement with how women peasants or workers were affected by the forced indigo plantation and the attendant regime of taxes built around it. They figure only as wives and mothers, silently witnessing the brave rebellions and agitations of their husbands and sons. Alternatively, Adrienne Cooper’s (1983) work on the Tebhaga movement in Bengal in 1930-50 alerts us towards the cultural, non-economic, sexual implications the sharecropping system had for both women peasants and women who worked from home, assisting their peasant husbands. Hence, one can say that it is unlikely that there were no women peasants involved in or affected by the Champaran movement.

Pushyamitra’s book falters on this account. Moreover, he can be held accountable for glorifying Gandhi’s role in Champaran to some extent. Even though his book limits itself to inscribing Gandhi’s role in Champaran only, it cannot be denied that the overall policy of Gandhi towards peasantry and peasant movements was conservative. As Swami Sahajanand Saraswati tells us in his autobiography Mera Jeevan Sangharsh (1952), even as Gandhi enthusiastically took up the case of peasants against the British in the agitations of Champaran and Kheda, subsequently he toed the Congress line, which advocated that a balance be maintained between the interests of the zamindars and peasants, ‘Initially, when we established the Kisan Sabha in 1927-28, it was meant to arrive at a compromise between peasants and zamindars. This was the principle of Congress party’ (Saraswati, p. 193). Thus Gandhi’s radicalism was limited to peasant agitations against the British only. Pushyamitra’s book stays clear of analysing these aspects of Gandhi’s subsequent politics on the issues of peasants. He does not even hint at it. Such an approach reduces Champaran and Gandhi’s role in it representing his larger politics on peasantry. This obviously needs to be problematized in the wake of Congress’s subsequent policies with respect to peasant politics in colonial and postcolonial India.