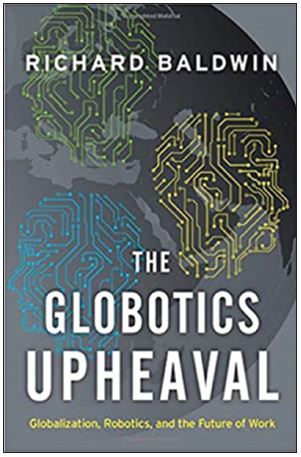 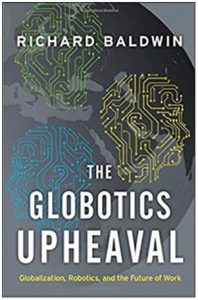 While the term Industry 4.0 did arguably emerge by way of a High-Tech strategy report developed under the aegis of the German Government in 2013, it came into the general parlance only when Professor Klaus Schwab, founder of the World Economic Forum, published his seminal book The Fourth Industrial Revolution in 2016. The popular belief is that the first one started with the steam engine around 1700, the second one with electricity, railroads and telecom in the nineteenth century and the third one with computing around 1960-70 while the fourth one began in the early 2010s.

Ever since, and aided by new developments such as autonomous vehicles, chatbots, facial recognition, deep fakes and high fidelity of real-time machine translation on the go, policymakers and business leaders around the world are worried about the future of mankind, more so in terms of what it means for the future of work.

What type of skills in the future would be needed and rewarded? And, pray, what would become redundant?

But haven’t we been here earlier at the time of the first, second and third industrial revolutions? —and if it is really different this time, how and why? How are the digital technologies impacting society? Last but not the least, how should humanity prepare itself for the evolving future that is both ‘inhumanly fast’ and ‘unbelievably unfair’?

Richard Baldwin, a well-known researcher and Professor of International Economics at the Graduate Institute of International and Developmental Economics in Geneva, delves into these profound questions in this fascinating book that analyses the issues, challenges and opportunities at the interface of technological development, role of human skills and workers within the respective political economy of the day and place.

To begin with, Baldwin calls the current revolution as the third and not the fourth one by lumping together the developments from steam engine through electricity, railroads, automobiles, chemicals, etc., into a rather longitudinal one, followed by the second one by way of computing in 1973. And yes, he dates the onset of the third revolution to 2016-17 timeframe.

According to Baldwin, we are currently witnessing two distinct yet mutually reinforcing trends. Firstly, we’re seeing the emergence of telerobots, the author’s term for a new type of globalization in which white collar service jobs in developed countries are being replaced by humans in developing countries—mostly in Asia, with relatively lower wages. He calls this the emergence of ‘Remote Intelligence’ (RI). Secondly, we’re seeing the rapid development, deployment and fusion of technologies like Artificial Intelligence (AI) and robotics at an accelerated pace.

Neither globalization nor automation is new per se. However, the fusion of these two simultaneous trends, viz., globalization in the form of RI and robotics in the form of AI is leading to the phenomenon of ‘globotics’. As a result, a majority of workers in developed countries are losing jobs or seeing stagnant wages; and, their frustration and fury manifested in outcomes like Brexit and the emergence of a new political narrative in the US, both in the year 2016.

The twin trends of globotics are feeding off each other but also gaining from the rapid advances in the underlying Information and Communication Technology (ICT) best explained through four laws named after Moore (computing aka data processing power doubles every eighteen months), Gilder (network bandwidth aka data transmission capacity doubles every six months), Metcalfe (value of a network grows with more people or nodes joining the network, even as the cost of joining falls) and Vairan (digital components are free while digital products are highly valuable).

While we are currently going through the upheaval and backlash around globotics and await the eventual resolution, Baldwin urges humankind to take cognizance of the implications and be proactive in preparing itself to soften the blow.

While predicting that the future is fraught with risks especially when it comes to determine what jobs technology would replace, he distils certain skills that are highly unlikely for the machines to master. These include social cognition, ability to solve ‘black box problems’ (taking responsibility for the decisions taken), caring, sharing, understanding, creating, empathizing, innovating and managing interpersonal relationships.

Baldwin urges policymakers not to succumb to futile attempts at saving the majority of the existing jobs. Instead, he calls for a societal response by being ready to master these skills that would continue to be in demand (at times, even more so than today) in the foreseeable future. In the ultimate analysis, there is a clarion call to be proactive to be future-ready rather than just keep waiting for the future to arrive. And, he does this with finesse through a series of scenarios and synthesis of multiple studies on the subject.

The book is well structured and flows well and the roller coaster ride invites the reader to numerous useful, and appreciably simplified, charts and tables to cull out some fascinating trends. In addition, the prose at times mimics poetry, well almost. Sample these:

‘At the end of the 1970s, the docks were shuttered. The area was left to weeds, wildlife and winos.’

Chapter and section headings are also inviting in nature, as can be seen in ‘Helping Brains, Replacing Brawns’ and ‘New Backlash, New Shelterism’.

Whether ‘globotics’ would become as popular as ‘Future Shock’, ‘The Tipping Point’, and ‘The Black Swan’ or for that matter ‘Bottom of the Pyramid’, the book is admittedly replete with some interesting, and often intriguing, quotes such as:

‘[R]evolutions are never just one thing.’

‘[P]rogress is a process, not an event.’

‘[G]lobalization is always a push-pull pair.’

‘Infinity is, after all, a concept not a number.’

“Globots will do what they can do. We’ll do the work that globots can’t do.’

‘Change is difficult, when it comes fast and seems unfair.’

There have been no claims made that the manuscript was successfully reviewed by an AI editor. Apart from other proof errors, a competent AI system also would have hinted that Narendra Modi was yet to become the Prime Minister of India when his holographic images were used in the 2014 election campaign.

The academic brilliance of Baldwin shines through the book and he does draw upon his Ivy League education as well as distinguished research career that included a brief yet important role in the US Administration. However, three aspects in particular are rather disappointing in this otherwise fascinating book. Firstly, whether it is due to either a bias in the author’s worldview or a rather limited exposure to ground realities in much of the developing world, the result is the same in as much that the book presents both the challenges and opportunities essentially from the viewpoints of developed countries. While it goes to great lengths in identifying challenges for the aging and rich economies in the West as well as in Japan, there’s not much analysis of the potential demographic dividend for countries like India. Or for that matter, what are the pitfalls they should avoid even as they have their own ambitions and aspersions in the imminent future? Africa is mentioned just once, that too just in passing.

Secondly, futurologist Alvin Toffler (author of the trilogy Future Shock, The Third Wave and Powershift) as well as Nobel Laureate Paul Krugman, Baldwin’s doctoral guide and co-author of several books, are conspicuous by their absence amidst scores of numerous citations from political leaders, scientists, technologists, futurologists, consultants and of course, economists.

Thirdly, the role of ethical considerations in the realm of AI has been barely mentioned except while analysing the ‘black box problem’ even as this issue has been gaining a lot of attention as can be seen by organizations like OECD and IEEE as well as countries like Singapore, Denmark, Sweden and India.

Overall, this book depicts the spectrum of issues emerging from the complex and rapid interactions of technological innovations, political economy and the innate human nature in a highly fragile crucible of humanity. The last paragraph of the book sums it all up quite well (and, it’s no spoiler alert!): ‘[I]t is critical to realize that the pace of progress is not set by some abstract law of nature. We can control the speed of disruption; we have the tools. It’s our choice.’ Baldwin sees the resolution of the ensuing challenges in a brighter future as more humane, more urbane and more local where humans leverage their interpersonal and creative skills along with the technological innovations that are driven by data, algorithms and Artificial Intelligence. In fact, he dubs AI ‘Almost Intelligent’.

Even as it is not clearly laid out how we’d land up in this bright future, the vision is indeed captivating, enticing and full of potential. The million, trillion-dollar question is: Are we willing to embrace and realize it?