A Celebration Of Words 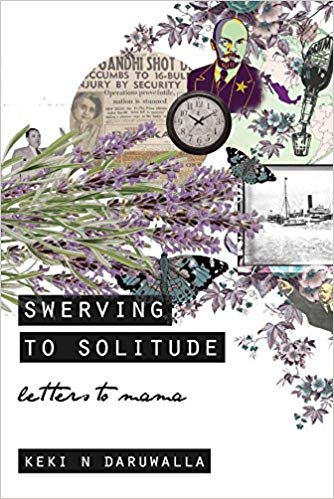 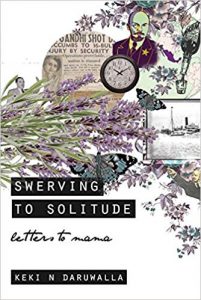 This is a very unusual book. But then, a novel written by a poet needs to be so. At one level, it is undoubtedly ‘Letters to Mama’… as the title says. The voice is that of Seema Thakur Singh, a journalist and an idealist speaking through a series of letters to her much loved but long-lost mother about the travails of living through the Emergency and the dismay of her bureaucrat husband. And a bit later, of her dismay over the excesses of the post-Emergency days and the implications of his progression into the higher echelons, and of moving away from ‘injustices and omissions’ … towards solitude. Interlaid is the story of her mother, Shail Rathore, posthumously told through journals and letters, of a life that progressed from dreaming of ‘Inquilab’ to ‘Communism’and then going beyond idealism to find solace in her young daughter.

Keki N Daruwalla is a highly regarded Indian poet, short story writer and novelist in English. He was awarded the Sahitya Akademi Award in 1984 for his poetry collection, The Keeper of the Dead and the Commonwealth Poetry Prize for Asia in 1987. He was conferred the Padma Shri in 2014. In his spare moments, he was a police officer. As his last assignments were Chairman (JIC) followed by  membership of the National Commission for Minorities, it can safely be presumed that he was highly regarded whilst in service. Apparently in his post-retirement days he is struggling to decide between continuing to remain a poet or convert himself into being a novelist. The book’s structure seems to display this indecision swinging as it does, from dreamlike haziness in its treatment of geography or of time but sharply etched portrayals of the pathos of Komagata Maru or the despair of MN Roy. For the record, he has so far written twelve volumes of poetry but only five of short stories apart from two novels, For Pepper and Christ and Ancestral Affairs, both of which to great literary acclaim.

The principal settings of the book representing Seema’s journey through the fraught political landscape of India during the seventies and the early eighties are Lucknow and New Delhi. A masterly recreation of the atmosphere of those days is presented through vignettes. Illustratively, the Emergency.

The book captures well the ‘esprit de corps’ of that era in the form of a public lecture of a ‘wannabe leader festooned with marigold garlands and a shawl’. ‘What kind of a country are we? You heard the saying “seven kanujias, nine cooking fires” —Can such a country progress? Six people sit at breakfast. One wants “aloo paratha”, another “methi ki roti”, a third wants “fried eggs’’, the fourth demands an omelette without onions, another wants it with “onions and green chillies’’. You think our Bharat Varsh can progress this way? Mrs Gandhi says only aloo ka paratha today. Nothing else and some yogurt. Jolly well eat it and be happy. Eat it and smile. Now that is discipline. That is leadery”. The crowds roaring their approval, chest thumping and all.’

The book recreates the sense of dejection which prevailed during the early emergency days. The Party which had fought for Independence had itself declared it. Shilpa, a friend of Seema, bursts out, ‘We don’t have a party, what is worse, we don’t even have an ideology to match this female. She is for the poor, she says, and the poor believe her. We have the Swatantra types-starched kurta, starched leggings, tea served by bearers in china…. how can these blokes have a mass following? Or what a choice, you have the shakhawalas. The Communists had not progressed since the early days of the Russian revolution …God save us from their ideology—demagoguery, revolution, class collaboration, trade unions, strikes, gheraos, encircle the top man, factory manager (in case you want more pay for no work) or Vice Chancellor (in case you want no exams or no invigilations so that you can copy). Surround him and don’t let the bugger sneak off to the loo. Once he can’t retain his piddle anymore, he will succumb.’

Then there is also a vivid description of a ‘flash mob’ type of a street level ‘sterilisation camp’ in Lucknow. This was a rather common feature those days. The police and well-equipped hospital vans converge onto a street square. A pandemonium results, of targets wanting to escape but some getting caught and taken into the vans. The attempted escape of two from inside the van but teetering on the verge of frustration due to an energetic chase by the apron-clad attendants/doctors anxious to complete their daily target resulting in converting Seema from a bemused spectator into a ‘policeman slapper’ and results in arrest. Woven along with this is the depiction of Seema’s husband, now moved to the PMO, making frantic yet discreet efforts to extricate his not so discreet wife out of the mess without publicity.

The journals and letters of ‘a mother to her daughter’ started to be written by a wisp of a girl whose grandfather had been strung up post the Mutiny of 1857 as he had collaborated with Maulvi Ahmadullah Shah. The latter had a reward of R50000 placed on his head which accordingly in due course got served to the District Magistrate of Shajhanpur, whilst at lunch. This tale covers a wider trajectory, in an arc that moves from India to Canada, California and Mexico encountering distress with the Komagata Maru’s inability to dock successfully  and emoting with Lala Lajpat Rai speaking at Columbia University but also subsequently with an overlay of shadows not only of Lenin, Stalin and MN Roy and the rise of international Communism, but also Joe McCarthy and Edgar Hoover, and the disillusion and dejection that followed.

But there is more to the book than tales of long ago. Though the book reads well and lightly too, it is perhaps best read keeping in mind what Eliot had once remarked, ‘Time present and Time past are perhaps present in time future’ which itself ‘ is pointing to one end, which is present’, as there is also tucked in alongside an unmentioned  tale being told by the poet, perhaps hidden deep in the present or perhaps in the voice of Shilpa, her friend or through the Djinn which at times speaks through  Elham, the daughter of Seema’s maid. Take care that you have time thereafter to meditate because that is when the actual tale creeps out unsought and unannounced.

TCA Ranganathan, an alumnus of the Delhi School of Economics and a former CMD of Exim Bank, is currently a freelance writer.